Human rights are basic rights that belong to all of us simply because we are human. They embody key values in our society such as fairness, dignity, equality and respect.

They are an important means of protection for us all, especially those who may face abuse, neglect and isolation. Most importantly, these rights give us power and enable us to speak up and to challenge poor treatment from a public authority.

Which rights are most relevant to me?

All human rights are potentially relevant to you; however, it is likely that you will find some more significant to you than others.

Article 2: The right to life

I have the right to have my life protected and not to have it taken away by others.

It does not mean there is a right to medical treatment in all circumstances.

If someone dies as a result of the state’s use of force, or the state’s failure to protect life, there should be an effective official investigation into what happened. 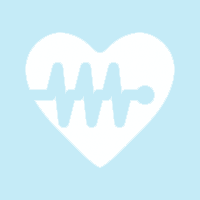 Families of those who died at Mid Staffordshire hospital were able to use human rights arguments to secure compensation for horrific treatment suffered by their relatives, such as not being given support to eat or drink or being left in soiled sheeting for hours.

In many cases they were able to argue that poor treatment and neglect caused the death of their loved ones and that this was a breach of their right to life. They were also able to use the investigative duty included within the right to life, to secure a public inquiry into their relatives’ deaths.

This inquiry also made recommendations for preventing this kind of treatment in the future.

I have the right not to be treated inhumanely, abused, degraded or humiliated. 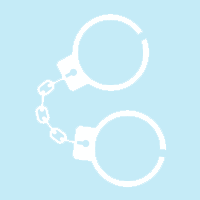 77-year-old Simon had a heart attack while he was in prison awaiting sentence for breaching health and safety regulations.

Simon was rushed to hospital and for the next 14 days he was kept in handcuffs. Even while he was using the toilet and shower, Simon was chained to a prison officer.

He took action against this treatment and a judge ruled that it violated his human right not to be subjected to inhuman and degrading treatment. The judge said that being handcuffed while in his own room in a hospital ward with only one door was humiliating and an affront to Simon’s dignity.

I have the right not to lose my liberty, except for a very good reason.

Any deprivation of liberty must be lawful, proportionate and continue for no longer than is necessary.

For a person to be classed as being deprived of their liberty, they must be subject both to continuous supervision and control and not be free to leave.

Under the Mental Capacity Act 2005, there are procedures in place to make sure that people’s rights to liberty are protected if a public authority decides that someone does not have capacity to consent to necessary care or treatment.

These safeguards, which have been developed by the courts, are called Deprivation of Liberty Safeguards (DOLS).

DOLS set out a procedure for care homes and hospitals to obtain authorisation to deprive someone of their liberty. Without that authorisation the deprivation of liberty will be unlawful. These safeguards are intended to stop individuals from being deprived of their liberty unless it is in their best interests to protect them from harm and there is no other less restrictive alternative. 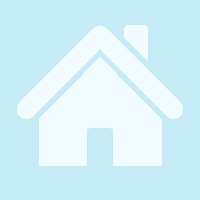 A 91-year-old man was removed from his home in his pyjamas by the local authority and placed in a locked dementia unit. It was not clear that he lacked capacity at the time. He was detained unlawfully in the care home for 17 months without any DOLS application being made to safeguard his rights or hear his views.

Following legal action from a concerned friend, the man eventually returned home with a care package and £60,000 damages. The case was settled on the basis that he had been unlawfully deprived of his liberty.

The Judge noted that no consideration had been given to the least restrictive option of the man being supported to live at home in accordance with his wishes.

Article 8: The right to respect for private and family life, home and correspondence

It is my right to live without harassment and with respect for my private, personal and family life.

This right has a very wide scope, protecting four interests:

This is a qualified right and may be restricted if the restriction has a basis in law, pursues a legitimate aim as set out in the Human Rights Act and is necessary and proportionate. This means that, in some circumstances, a public authority may be able to interfere with your right to a private and family life in order to protect public safety or the freedoms of others. 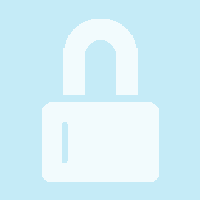 A 79-year-old man with dementia, who was unable to make decisions about his care, lived at home with his partner and her son. He was admitted to hospital for a mental health assessment and when he was ready for discharge, a dispute emerged between his partner who wanted him to return home, and health authorities who believed he should be admitted permanently to a care home.

A judge ruled that forcing the man to be sent to an institution would be depriving him of his human right to family life with his partner. Though he recognised the man’s physical and medical needs might be better served in a care home, the judge emphasised that there is more to human life than just physical needs.

The judge said the man’s emotional needs had to be taken into account in order to serve his best interests, and that meant going home to his family.

Article 14: The right not to be discriminated against

I have the right not to be discriminated against because of who I am – this might include because of my gender, sexuality, age, nationality or religion.

It is not a free standing right and must be linked to another convention right.

This means that you can use this article if you can show that, within the scope of the other articles such as Article 2,

3, 5 and 8, you have been discriminated against on a non-exhaustive list of grounds such as age, disability, sexual orientation and race. 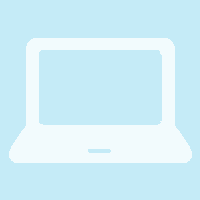 When 72-year-old Mr S heard that the HMRC (Her Majesty’s Revenue and Customs) was moving to online only VAT returns he applied for an exemption even before they’d sent the letter.

In the years of running a small but successful business selling electronic equipment over the phone, he has always been amongst the first to present his tax returns. Mr S knows how to use a computer, but his arthritis makes it very tricky for him – the impact on his hands means he can’t use even his adapted large keyboard easily and his poor eyesight makes seeing the screen very difficult.

When the VAT office refused to exempt Mr S and two other taxpayers in a similar position from online filing they felt that their rights were being undermined and decided to challenge the decision. It was the inflexibility of the new rules which led to them winning the challenge – in a tax court, the judge found that the HMRC should have made provision for people who would find it difficult to comply with the new rules and their failure to do so was a breach of human rights.

Our Rights Our Voices toolkit

As part the Our Rights Our Voices project, we produced this toolkit. It breaks down and explains human rights legislation and uses up-to-date case studies to show how people have used these rights in reality.