How likely are you to win the lottery?

Winning the lottery is something everyone dreams of but what are the chances of actually winning? Age UK reveals how many potential combinations there are.

Winning the lottery is something many of us dream of. How many times have you asked someone what they would do with the money or thought about how you would spend it yourself? Whether the money would go on a holiday, pay off your mortgage or be used to buy a yacht, what are the chances of actually winning big?

Below, you can find out your chances of winning the lottery as well as how many total combinations there are.

What are the chances of winning the lottery?

The chances of winning the lottery will vary hugely depending on which lottery you play. The National Lottery is the biggest in the UK and you’d have a one in 45 million chance of winning the jackpot*. This decreased from one in 14 million when they changed the number of balls from 49 to 59 in 2015.

However, there are many smaller, society lotteries that you can enter across the UK, such as the Age UK Weekly Lottery. Although the jackpot prize might be smaller than the millions of pounds offered by the National Lottery, your chances of winning are much higher. The odds of winning the National Lottery weekly jackpot of a staggering 1 in 45 million**, compared to just 1 in 185,000 for the Age UK Weekly Lottery prize of £2,000. Even better, you have a 1 in 185 chance of winning one of our 1,000 prizes each week.

With the Age UK lottery, there are 1,000 guaranteed winners every single week of the year, and you could win anything from £10 to £2,000. Plus, you have the chance to win up to £25,000 in the Quarterly Superdraw. Age UK has one of the largest prize funds compared to other charity lotteries, meaning your chances of winning could be higher.

How many combinations are there for the lottery?

When you play the Age UK weekly lottery, you are automatically allocated the unique lottery numbers that will need to come up in order for you to win.

If you had to pick six unique numbers between one and 59, there would be more than 32 billion different combinations. However, this figure would be the total if the order of the numbers was significant. A lottery ticket wins as long as all six numbers have been drawn, no matter what order they are drawn in. For any set of six numbers, there are 720 different orders in which they could be drawn. Therefore this figure of 32 billion should be divided by 720. This gives a total of 45,057,474 possible lottery combinations.

Can I buy every lottery combination?

Based on the above figures, you’d need to be a multi-millionaire to buy every lottery combination. At around £2 a ticket, it would cost you £90 million. But even if you had all the money in the world, would this still be possible?

Think about the amount of time it would take you to purchase one lottery ticket and try to imagine repeating that process 45 million times, as well as trying to consider all of the possible combinations, would you be able to purchase the tickets in time? If you could buy one ticket every second, it would take you approximately 521 days to buy every combination for the National Lottery. Even with a team of people helping you, it would be nearly impossible. Plus, after spending £90 million on lottery tickets, you’d need to win at least £90 million to make the venture worthwhile.

This was attempted once in 1992. An Australian syndicate (a group of people who club together to increase their chances of winning) purchased 5 million lottery tickets out of a possible 7 million. They won $24 million.

Can you win the lottery twice?

While a lottery entry in the Age UK Weekly Lottery can only win up to one prize in each draw, your entry is put into multiple draws and a large number of Age UK supporters have won multiple times.

You could win the National Lottery twice and you could even do so by playing exactly the same numbers. The six numbers you won the lottery with the first time have just as much chance of being drawn a second time in the future. This means that the first time there was a one in 45 million chance of winning, but to win the National Lottery twice, you’d have a one in two quadrillion chance of this happening. 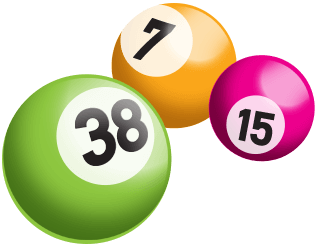