The many wins of walking football

We speak to four local Age UKs about the benefits the Age UK Walking Football Programme is bringing to older people in their communities.

Age UK, in partnership with Sport England and The Football Association, is delivering a walking football programme across England. The programme aims to reach more than 1,000 older people through walking football groups across the country, offering physical activity and an environment to connect and interact, while playing the beautiful game at a slower pace.

We spoke to four local Age UKs to find out about the benefits the Age UK Walking Football Programme will bring, while learning more about the specific challenges older people are facing in their respective communities.

For Sorrel Brown, Active Chats & Walking Football Coordinator at Age UK Wandsworth, the past 18 months provided clear evidence that even in the face of the limitations that resulted from the COVID-19 pandemic, the prospect of keeping fit remained important to older people. “We have a service called Active Chats, which combines befriending with gentle seated exercise, and was particularly popular during the various lockdown periods,” explains Sorrel. “It told us that older people in our area are wanting to stay as active and mobile as possible. Now that things are opening up, there is an appetite to get out of the house and moving again.”

“Walking Football will be a fantastic way for [older people] to work on muscle strength and mobility,” continues Sorrel, who’s been practicing what she preaches by regularly taking to the pitch to play. “Not only is it age appropriate, by not being too strenuous and more focused on fun, but as people get more used to socialising in bigger groups again, it offers that sense of community once more.”

And just as exercise engenders a sense of community, that sense of community encourages older people to get involved in exercise. “Community is an important trigger for getting people to be more active and maintaining levels of activity. Two areas we have funding for, Roehampton and Battersea, both have limited provision for older peoples’ community services, so we’re really homing in on those areas to try and meet the socio-economic needs of those areas.”

“As a charity, we do a considerable amount of work in the community for physical health,” says Dan Skipper, CEO of Age UK Norwich. “Pre-pandemic, we had around 45 different types of activity groups, with most of them around physical activity. In the gaps between the second and third lockdown, we re-started all those we could, and we are now beginning to bring our full range back over the next few months.”

Dan and his team had seen Age UK’s insights around ‘deconditioning’ - muscle weakness caused by inactivity that can lead to a reduced sense of balance and an increased risk of falls - before witnessing first-hand the downturn in physical fitness as Age UK Norwich’s groups began to reconvene. “We have a walking history group in Norwich that would walk for an hour without a rest. But we noticed those same individuals were having to rest within 15 minutes of the walk starting, which members of my team reported as a cause for concern.”

As part of their preparations for the full easing of lockdown measures, Age UK Norwich has launched Age Healthy Norwich, a physical and mental health activity campaign, which will run until September, to encourage older people to re-embrace the activities they participated in before the pandemic - as well as trying out some new ones. This also includes physical health recovery through their Health @ Home service offering 1-1 tailored sessions in the client's home or garden. “We want to get people outside,” explains Dan. “We want them to be in parks and going into their local spaces to improve activity levels and make new social connections.” 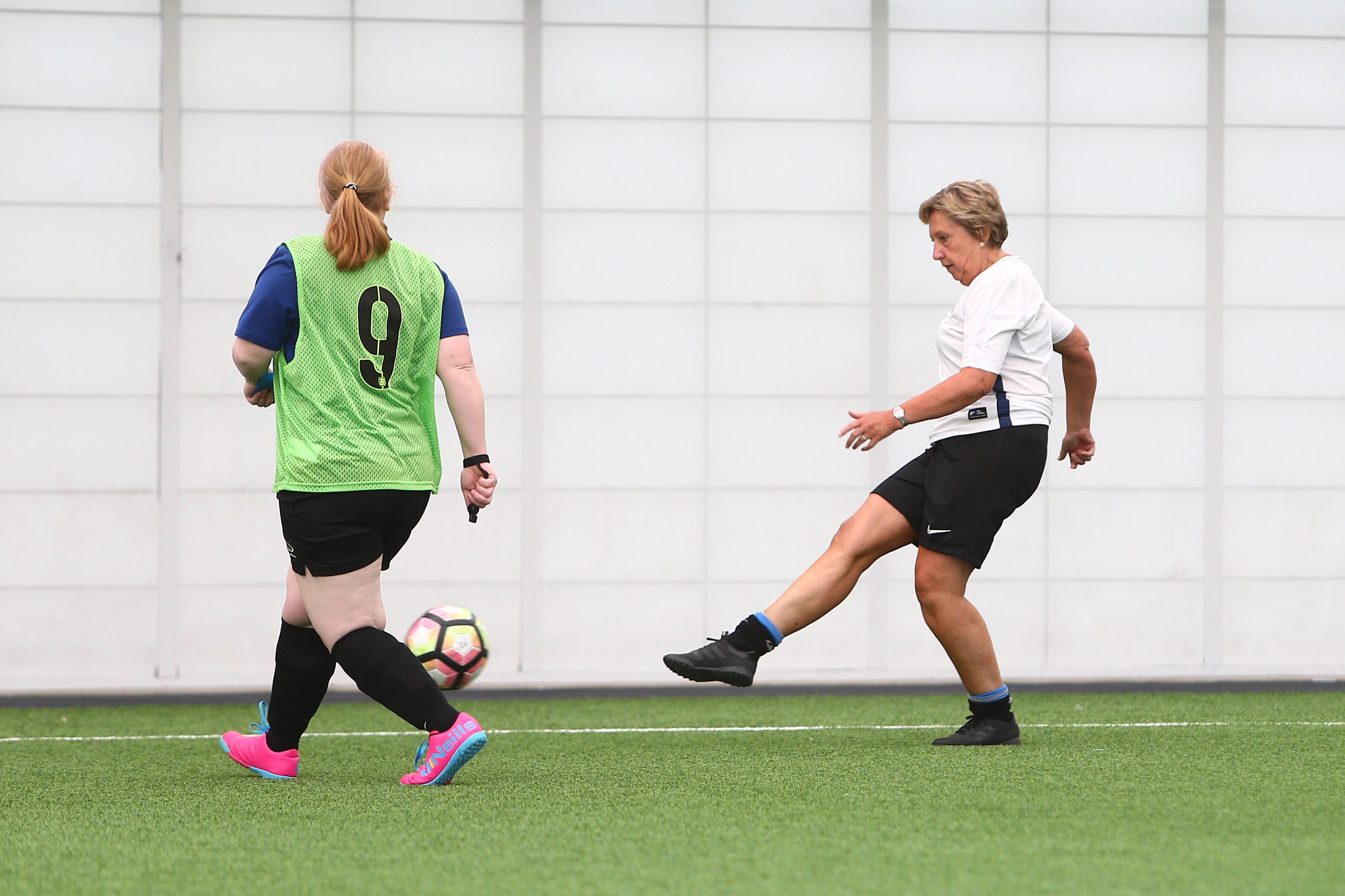 The campaign’s flagship event was a walking football tournament, with an invite extended to city and county teams. “We had a positive mix of existing teams from the city and new players who wanted to try it out. We’ve now launched two new teams in the city in areas of health inequality and are recruiting new members. One person who signed up last week had not kicked a ball for 18 years, which is what this is all about – re-starting old passions and finding something to help you age healthy.” The benefits are two-fold,” says Dan of the importance of walking football. “We did a similar programme a number of years ago, which was very successful. It’s also helpful for us to be able to diversify our offering in the local area, particularly for men in later life. We know football is the number one sport in the UK and there are big issues for older men recognising mental health issues, but also maintaining physical health in the face of issues like obesity and other issues that come with that.”

Dan used to be a footballer himself, so knows the magnetic appeal of routines around the game - of seeing the same people on a regular basis, the friendships that build up over time, and the important conversations that are had. Age UK Norwich has the assistance of a bonafide local footballing legend too, in Jeremy Goss, who works with the charity two days a week. Jeremy was part of the Norwich City team that played in the UEFA Cup in 1992 and scored a spectacular volley that beat Bayern Munich (the first English club to do so at the German club's home ground).

Dan hopes Jeremy’s profile will help to engage Norwich City fans and the club, which will help to build the profile of the programme and increase the breadth of grassroots football in the area. “When I used to play, there’d be about 20 local divisions - now that number is down to a handful. I think there are a lot of older people who used to live and breathe football, and that local opportunity has dwindled over the last 30 years. I hope this programme will remind people of the benefits of playing. I’d hope the profile of this will open the doors to new opportunities for leagues to grow and stimulate membership. If we can encourage men and women to play and that becomes part of their regular activity regime, that will give them more physical and mental health support. The main point is to encourage people to find the things they enjoy and make them a regular part of their lives.”

Niall Bradley, Strength and Balance Team Leader for Age UK Bolton, provided community exercise classes to more than 300 older people. Unfortunately, that number dwindled to around 50 when it came to providing continued support around physical activity, because so many older people in the area are digitally excluded. “The people that really need it are those who aren’t comfortable using the computer or they don’t have one,” Niall explains. “So it was difficult for them to get motivated on their own at home. We could really hear that lack of motivation in the voices of those we were doing our welfare calls with - they were depressed with their situations and could feel their health declining, so needed something to look forward to.”

The arrival of walking football, says Niall, is just such a prospect. “Being outdoors and doing something that brings back a sense of normality is so important. For the unfamiliar, it’s something new for them to try; for those who enjoyed football in the past, it’s a great way to reconnect with that passion in a form of the game that suits them. There are a lot of positive things that can come from it.”

While Niall is aware of the challenges, largely around the confidence and fitness levels of some service users, he suggests that there are plans in place to build up those who dream of getting back onto the pitch again. “It will be tough getting people out again. Maybe not those people the programme will immediately attract, who will likely be proactive about keeping fit already, but it may be more challenging for those who might want to try it but less sure about their fitness levels. For them, we’ve got some stepping stones in place, such as one-to-one walks with volunteers, before encouraging them to attend our strength and balance classes. We’ll gradually help those individuals until they feel more confident about giving walking football a go.” 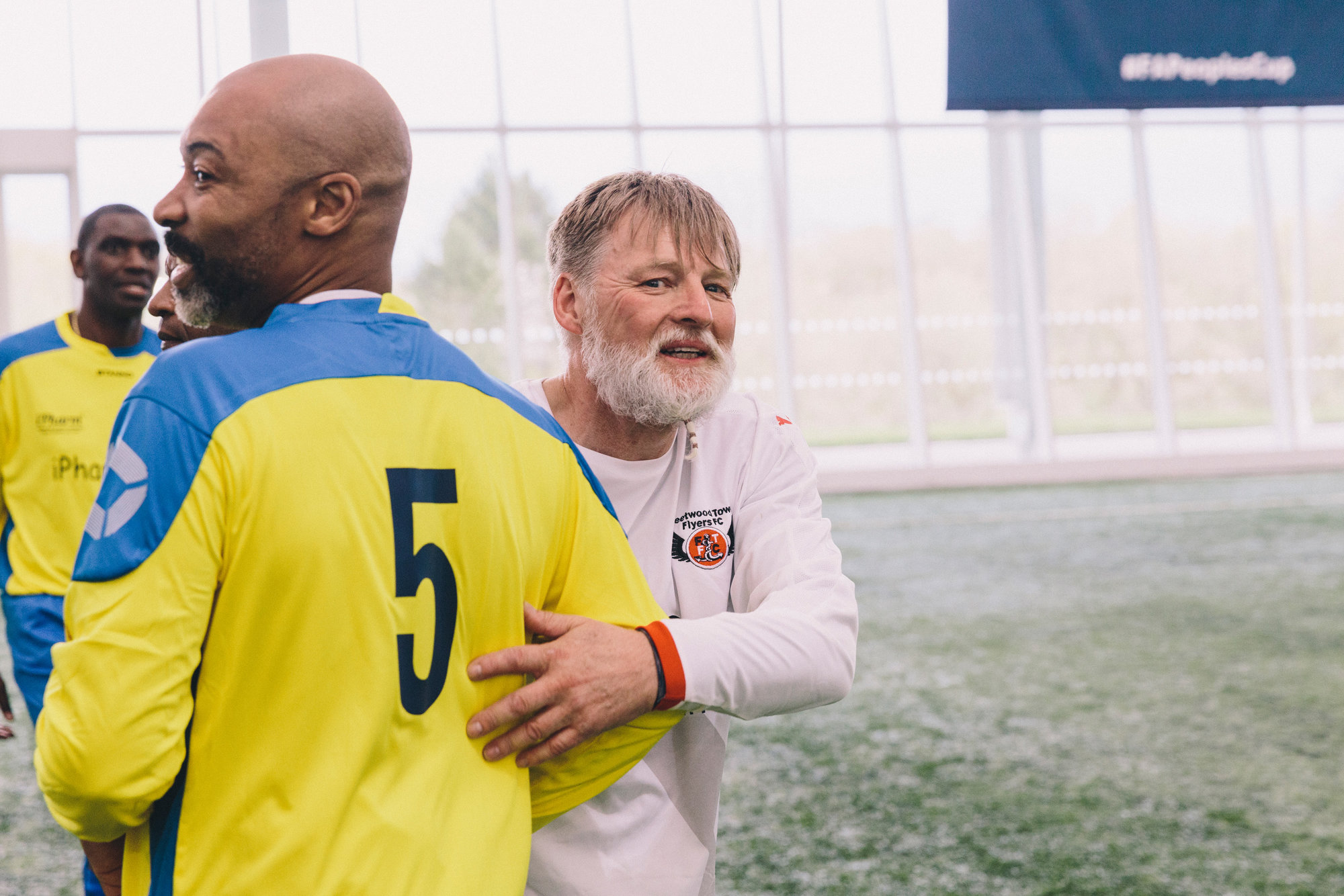 Many older people in Herne Bay and Whitstable were certainly in need of reconnecting with physical activity after the challenges of the pandemic, with self-reported and recorded accounts of mobility having been badly affected by lengthy periods of inactivity. “A lot of our service users would have come to our day centres ordinarily, but having stayed at home has resulted in falls in some cases,” explains Linda Cowdry, Deputy Chief Officer of Age UK Herne Bay & Whitstable.

Home visits helped to motivate some activity, with a DVD of chair-based exercises and resistance bands provided through funding from an Everyday Active Grant from Kent Sport. “It’s not just the physical aspect though,” says Linda. “The impact it has on peoples' confidence to mobilise and head outdoors consistently is a key factor. The people who’ve been most affected are those who care for a partner who has dementia. While their loved ones would ordinarily have been able to attend our day centres to provide some respite, that wasn’t possible for some time. Getting back out is therefore a big ask.”

While the re-opening of Age UK Herne Bay and Whitstables’ day centres saw planned activities temporarily taking a sideline to some serious catching up among the service users, the call out for walking football soon proved a big hit. “We gauged interest through social media,” explains Linda. “I was interested but you have to understand what the community wants and they soon showed us they wanted walking football. We signed up more than 60 people from that and continue to get enquiries. It’s an amazing amount of interest and it’s been lovely that a lot of our existing volunteers, who do things like deliver meals and befriending, have joined up to play too. It’s nice to be able to do something a little bit different.”

Find out more about the Age UK Walking Football Programme and ask any questions you might have.