We use cookies to give you the best experience. By continuing to use this site, you are agreeing to our policy. Read more about how we use cookies and find out how you can change your browser's cookie settings.
Continue
Skip to content
Listen

It's been a busy week for Switched Off. Celebrities including Dame Helen Mirren have backed Age UK's campaign to save free TV for over-75s, and we've delivered thousands of letters to the next Prime Minister to remind them to keep their promise.

More than 606,000 people have signed Age UK’s Switched Off petition. But those aren’t the only responses we’ve received. This week we were joined by some impassioned older people to visit Conservative Campaign Headquarters and deliver 37,000 letters of support we’ve received. These were written by members of the public, demanding the Government fulfil their promise to keep the TV Licence free for the over-75s.

Also this week, 20 much loved stars of stage and screen co-authored an open letter, reminding the Government whose responsibility it is to fund free TV licences. ‘[We] are deeply worried about the poorest older people who are set to lose out because they don’t claim Pension Credit – a benefit which is massively under-claimed by this age group’, said the letter, signed by the likes of Dame Helen Mirren, Ben Fogle and Ricky Tomlinson.

TV presenter and UN Patron of the Wilderness Ben Fogle feels so strongly about the issue he’s pledged to donate his entire salary for the BBC series Animal Park to help people over 75 who would be unable to pay for a TV licence themselves.

Meanwhile, Ricky Tomlinson, who played TV-loving patriarch Jim Royle in The Royle Family, has appeared in two recent Age UK videos, rallying against a change that could rob many older people of something that’s more than just a source of entertainment. “We are the fifth richest nation on this planet and we’re talking about taking away something which [older people] love!” says Ricky. “It’s company for them. It tells them what’s going on in the world. I don’t think these people who are talking about taking away this little concession really know anything about life.”

This sentiment was echoed by the older people who joined Age UK at Conservative HQ this week. These included Bridgit, who’ll be 83 in September, and is the Chairman of the Lewisham Pensioners’ Forum. “I rely on my TV,” she explains.

Bridgit continues: “We paid our taxes to the Government, so it should be the Government’s responsibility to make sure that we’re not denied things that keep us active, informed and entertained.

“The Government will be left with more people who are ailing, unhappy and could then suffer from loneliness and isolation. How are they going to cope with that?”

Fiona, who was also in attendance, agrees. "Some older people would deprive themselves of something else if they had to pay for their TV licence. [The Government] needs to re-think it."

Sign the petition to save free TV for older people

For more than a million of the oldest people in our country, TV is their main form of company. That's under threat and must be protected. 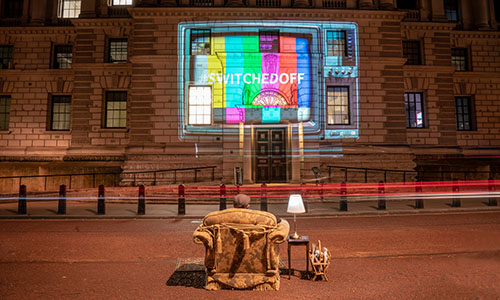 Switched Off: What next?

Caroline Abrahams, Charity Director, reflects on the campaign to save free TV licences for the over-75s. 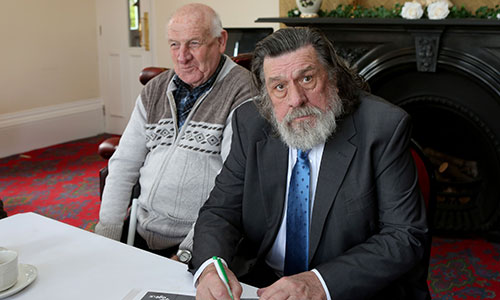 Ricky Tomlinson calls to save free TV for older people

Actor Ricky Tomlinson backs Age UK's Switched Off campaign to save free TV for older people, and stars in our new video. 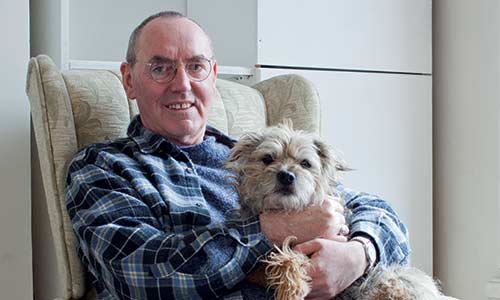 Why the Government is wrong to change the pension credit rules

Caroline Abrahams, Charity Director at Age UK, explains why the Government is wrong to change the pension credit rules

Why free TV licences for the over 75s matter

We're fighting to save free TV licences for the over 75s. Find out why they're so important.